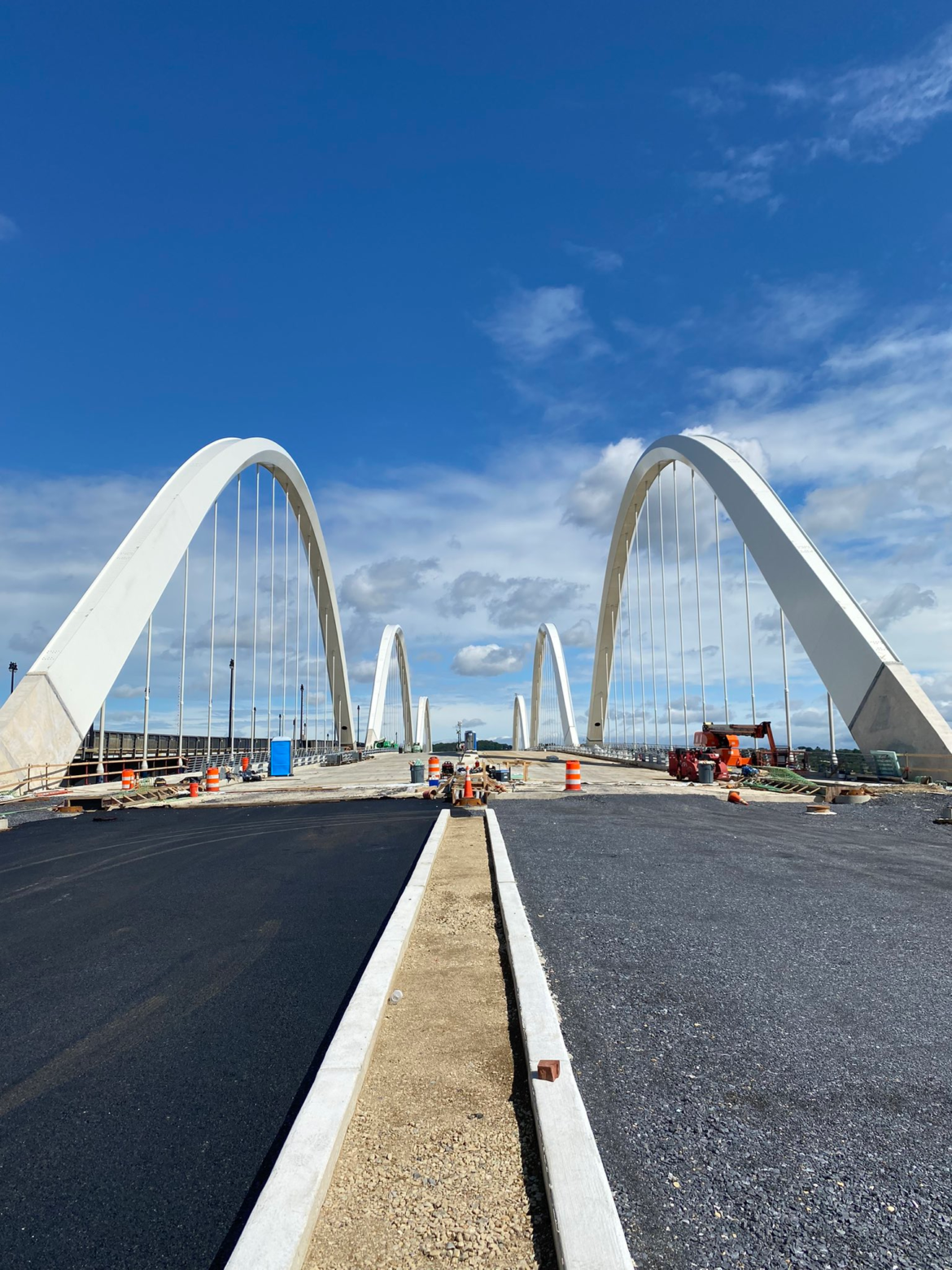 Vehicles can now travel the new Frederick Douglass Memorial Bridge in Washington, D.C., marking the end of the largest construction project in the District Department of Transportation’s history.

Work began in 2018 on the triple-arch bridge over the Anacostia River. It replaces a 70-year-old bridge to provide an updated link between Maryland and D.C. It is part of a program to improve safety and traffic on the I-295/D.C. 295 corridor. The next phase involves reconstructing the Suitland Parkway/I-295 interchange.

A year ago, the city celebrated the last piece of the final arch being placed. The new bridge is 100 feet parallel to the old bridge, which has been traveled by 77,000 vehicles a day, mostly of Maryland commuters to D.C. It was deemed to be functionally obsolete. All traffic had been shifted from the old bridge to the new one by September 12. 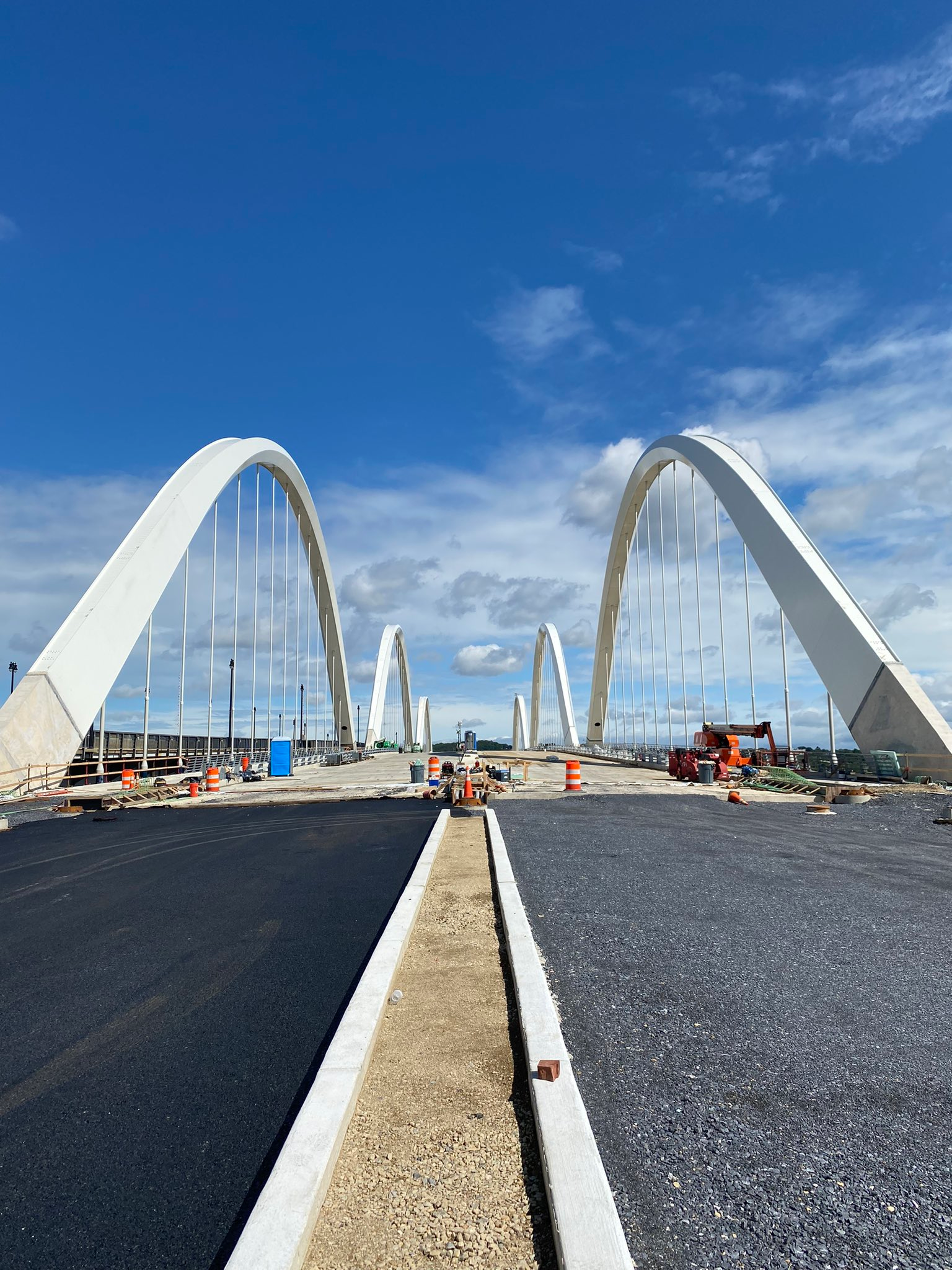 The Frederick Douglass Memorial Bridge in Washington, D.C., being prepared for its opening.District Department of TransportationAlong with the arches, features on the new bridge include four pedestrian overlooks and two piers that appear to float on the river. Six lanes of traffic now span the bridge, as well as new biking and walking paths.

The contractor for the new bridge consists of a joint venture of Archer Western Construction and Granite Construction companies. AECOM is the lead designer, and HNTB is assisting the District Department of Transportation with program and construction management.

Check out this DDOT video of the final arch piece being installed:

Did you miss our previous article…
https://creativeconstructionma.com/?p=278