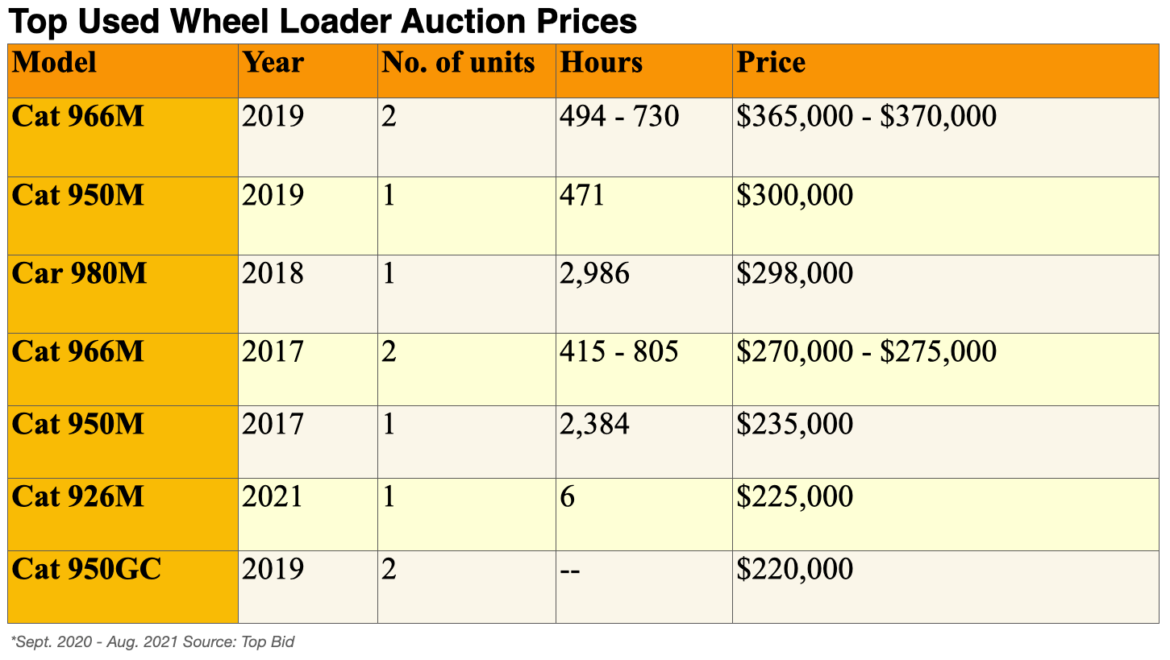 There’s the usual cast of players when looking at auction results during the past 12 months.

Caterpillar dominated the wheel loader auction pricing for the 12-month period of Sept. 1, 2020 to Aug. 31, 2021, according to Randall-Reilly’s Top Bid auction price guide.

In total, there were 428 wheel loaders sold at auctions tracked by Top Bid during this time. (This does not include any units that sold for less than $5,000.)

To make this a bit more interesting, we’re including two charts that highlight which wheel loader models generated the highest prices on the auction block: one featuring the top Cat models and one showing the top non-Cat models.

The Cat wheel loader chart also shows a curiosity, especially in this day of equipment shortages: a 6-hour, 2021 Cat 926M that sold Aug.10th at a Ritchie Bros. auction in Carlsbad, New Mexico. 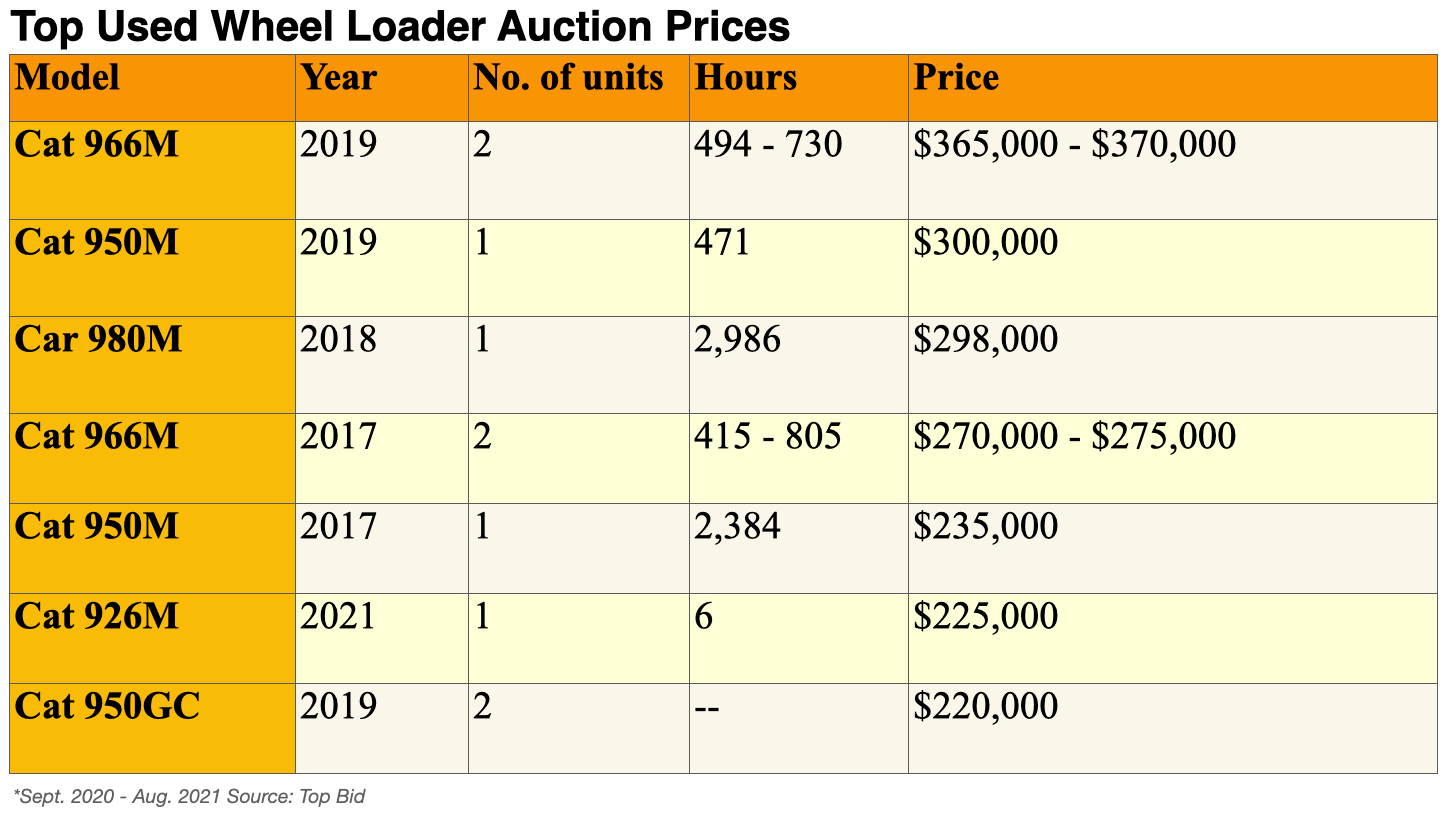 Looking at the non-Cat wheel loader chart, auction prices start at $196,000 and the models tend to have more hours an average of 5,533 hours, compared with the 1,036-hour average of the top Cat models. 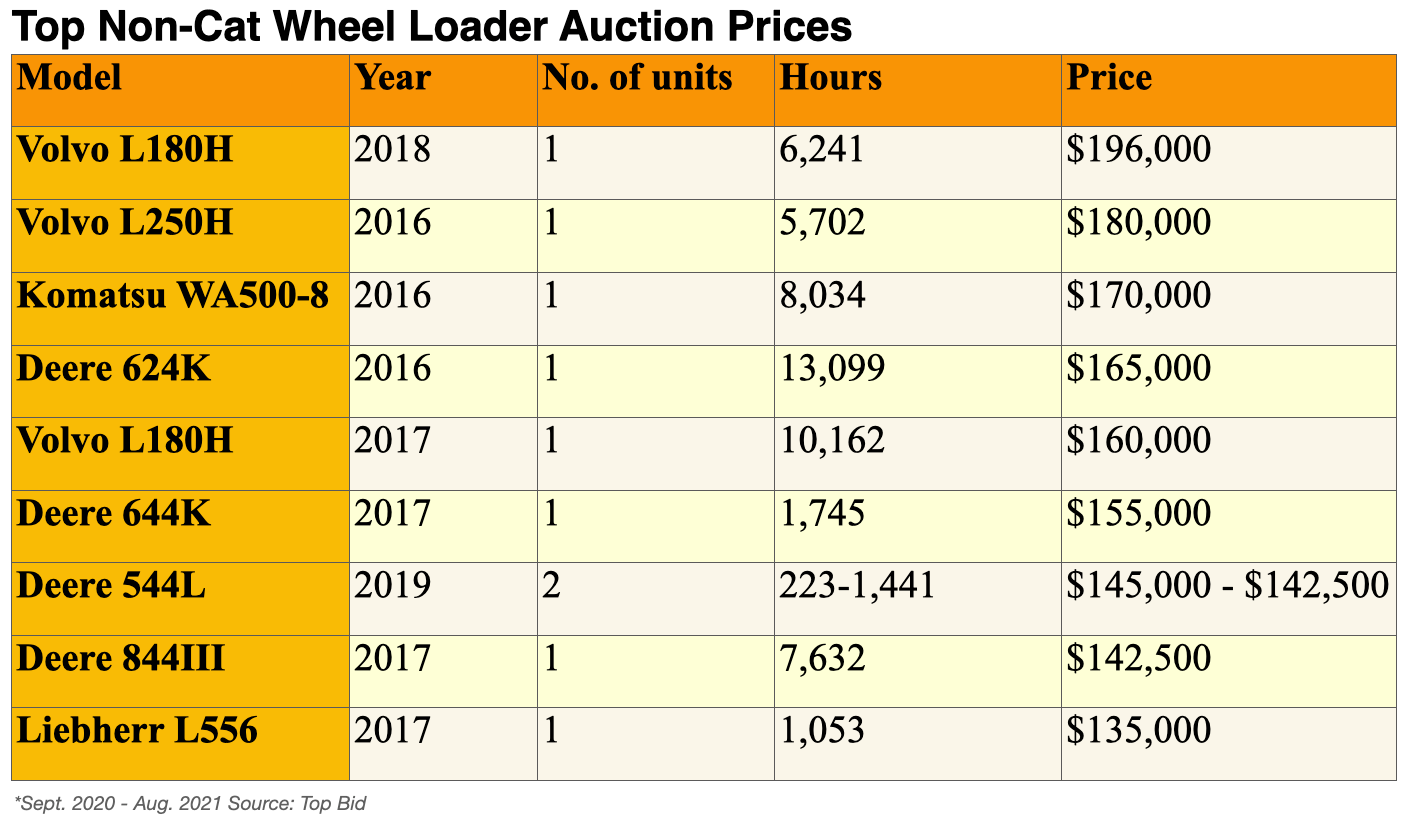 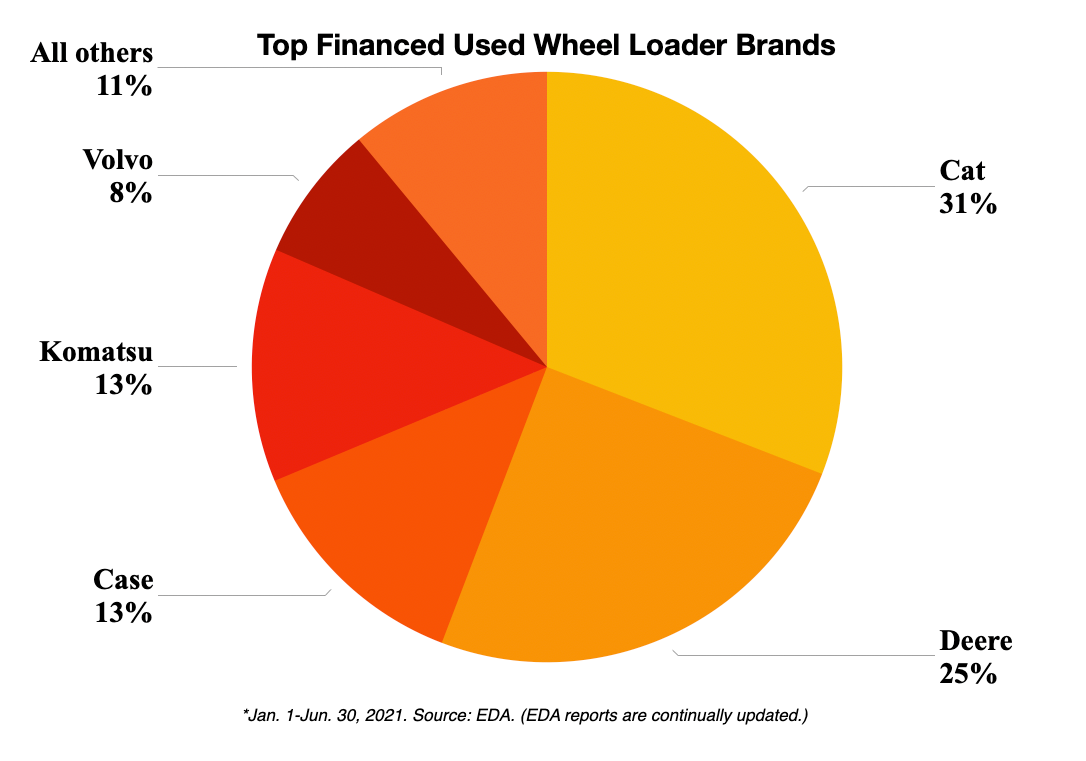 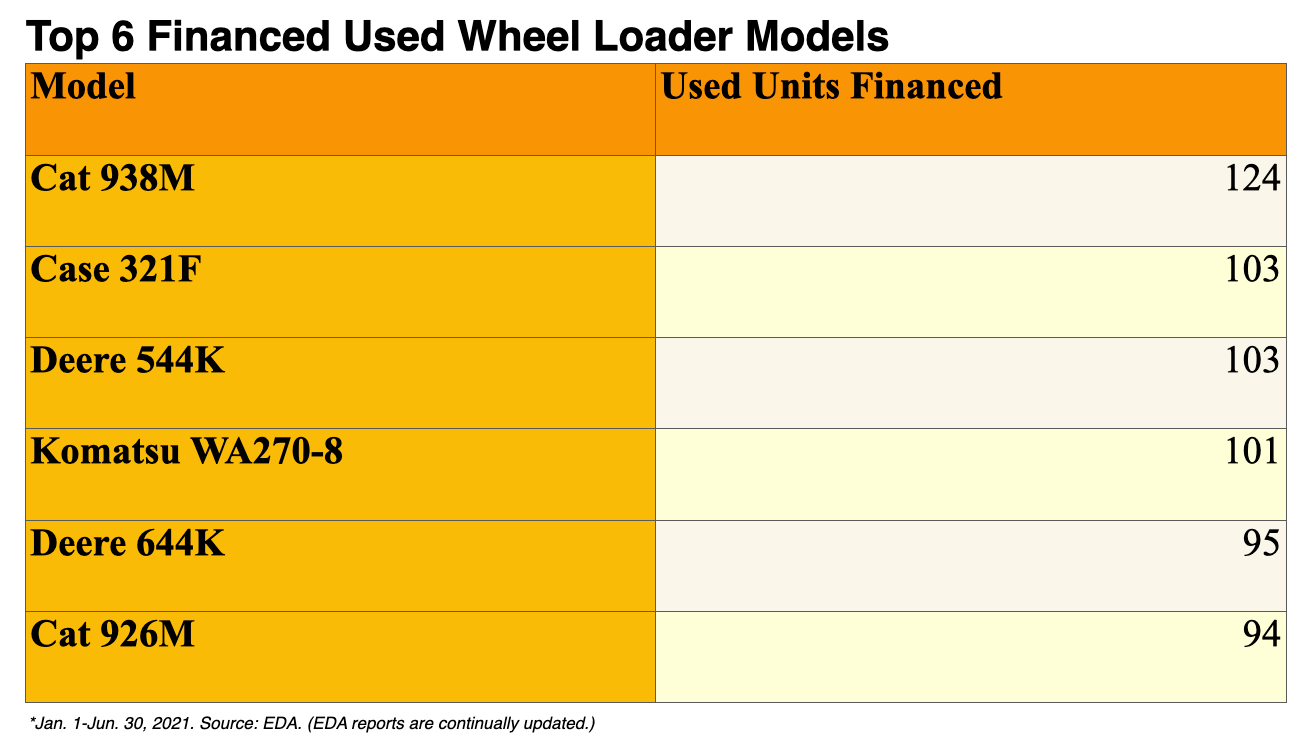 Did you miss our previous article…
https://creativeconstructionma.com/?p=248

September 27, 2021September 27, 2021
A metal roof is usually a roofing structure made of metal tiles or pieces characterized by its extraordinary longevity, impermeable and high tolerance to heat.